Not so common beeches 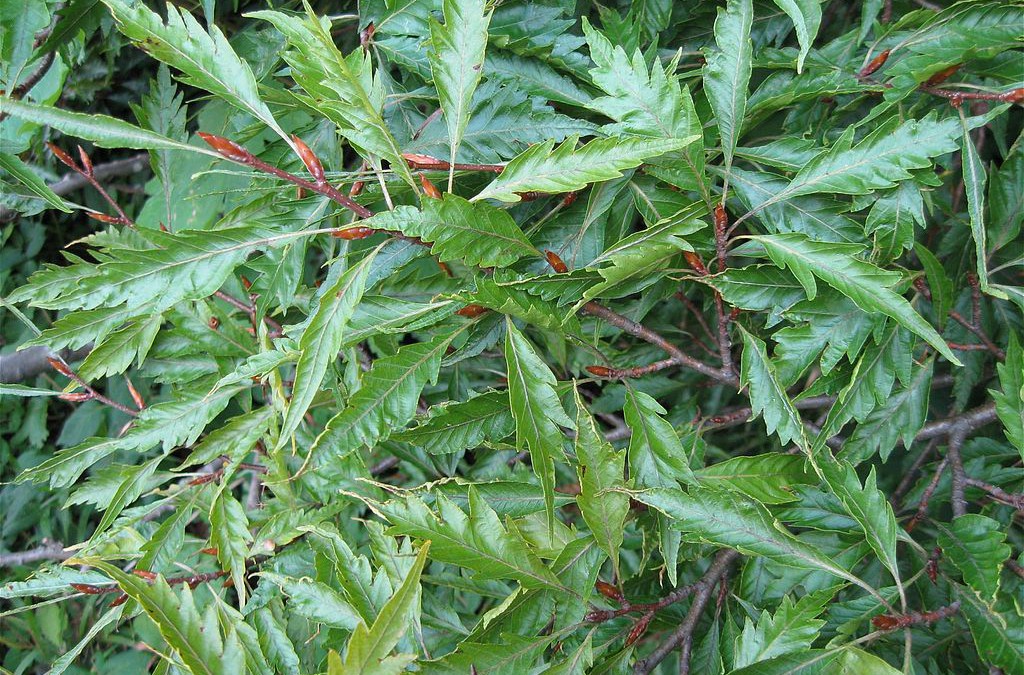 Common beech, in Latin Fagus sylvatica, is one of the most common species of tree on the Swiss plateau. To plant it in a garden creates a link with the surrounding landscape and blurs the boundaries of a garden. Moreover, the yellow autumn foliage is another good reason to plant it. Unlike many other trees and shrubs known for their autumn foliage, the result is guarantied, even in humid weather.

Beech can perfectly be clipped and is thus often used in hedges. In the greater Geneva area, hornbeam hedges are traditionally planted as noted by Russell Page in his book the Education of a Gardener. Both have certain features in common. The foliage is oval, with smooth margin for beech and toothed one for hornbeam. Both loose their foliage only after the appearance of the new one in spring. Hence, even though these species are considered as deciduous, the hedge remains clothed in winter. However, I much prefer the winter foliage color of beech, which is of a beautiful brown with a slight brilliance, unlike the matt gloomy color of hornbeam. It is also a great idea to mix in this hedge green and purple beeches, with a relative proportion of two third one third, respectively.

This historical interest for beeches in garden has triggered the selection of many cultivars. ‘Pendula’ is the weeping form, rather unfashionable these days, but beautiful when mature. ‘Dawyck’ is the name of the columnar form, which also exists in purple and golden foliage, ‘Dawyck Purpurea’ and ‘Dawyck Gold’. Staying within the golden foliage category, ‘Zlatia’ is the name of the golden beech and ‘Aurea Pendula’ is, as the name indicated, a weeping golden form known for its slow growth.

‘Aspleniifolia’ is certainly one of my favorites. The green foliage is deeply dissected, resembling that of a fern. With age, it develops into a splendid specimen with slightly drooping branches. It is best used as a solitary specimen, in a large park. It is really a long-term investment, as only the grandchildren of the one who planted it will benefit from the show. ‘Rohanii’ is another cut foliage beech, purple this time. ‘Rohan Gold’ is similar to ‘Rohanii’ with golden foliage turning to green in summer.

I recently discovered during the plants days at Courson ‘Mercedes’ whose foliage is even more deeply cut that ‘Aspleniifolia’. It has a rather upright habit and a very slow growth, at the rate of approximately one meter per 10 years. It is thus ideal for a small garden. I think it does look like a small Japanese maple, without the difficulty in terms of light and soil the latter commands.