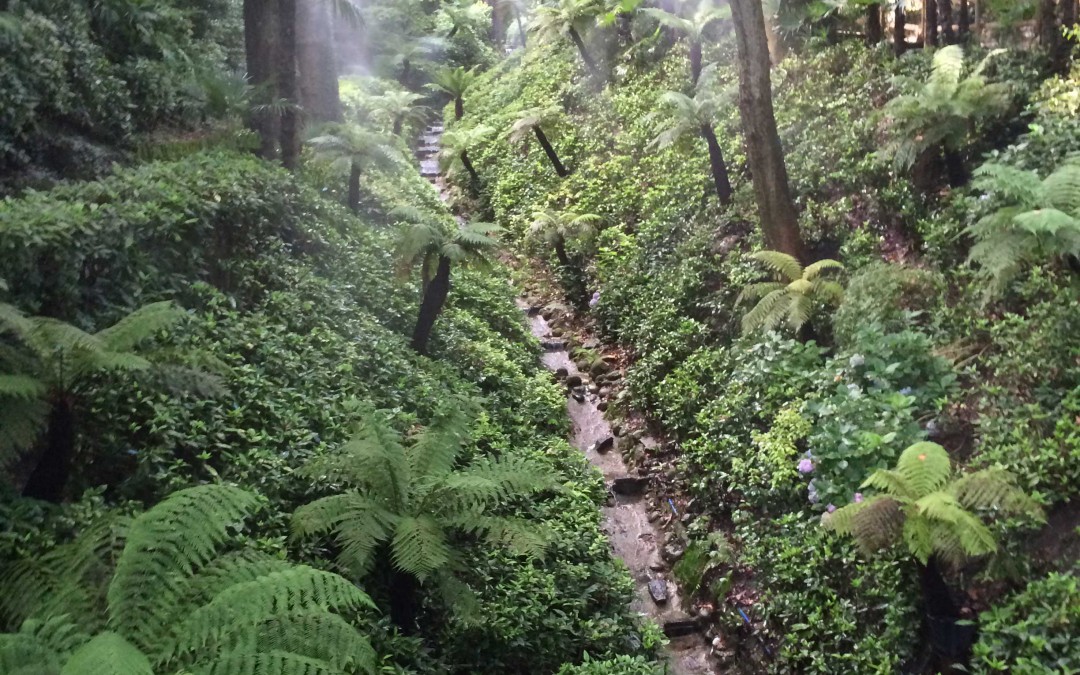 Last summer, to celebrate my birthday, I had the chance to discover a fantastic garden I would like to introduce to you today.

Villa Carlotta was originally built at the end of the 17th century. An Italian garden dating back to this period surrounds the house. It is composed of a series of fountains, terraces and monumental flight of stairs that slowly descend towards the lakeshore. The plantings are a mixture of all plants typical in Southern gardens: Trachelospermum jasminoides that highlight the architecture of the house foundations, Ficus pumila that creep on the stairs risers, pomegranate hedges, pergolas covered with citruses and, at the lowest level, a small wood of tightly clipped camellias.

The garden has had a second period of glory at the end of the 19th century. Princesse Carlotta who gave its present name to the villa received it as a wedding gift the house when marrying Georg II, Duke of Saxe-Meiningen. The latter was so passionate about plants he endeavored to improve the existing garden and filled it with botanical collections. The acidity of the soil has allowed the establishment of calcifuge plants, like rhododendrons and azaleas, for which the garden is still renown nowadays.

However, this is not the element that has most surprised me, maybe because my visit did not coincide with their blooms. I have been particularly amazed by the diversity of the botanical collection and the majesty of trees. There are immense Cinnamomum camphora, whose evergreen foliage can be crushed to release a particular perfume. Further away, there is a huge Stewartia pseudocamelia, whose colored bark is simply arresting. Thankfully, this botanical tradition is persevered and further expanded with new introductions, like this Idesia polycarpa.

To my opinion, the most admirable feature of this garden is the succession of spaces, the transitions between them and the numerous surprises that await the visitor during his visit. At one point, the view is opened and the visitor discovers a superb panorama on the lake and the mountains. Later on, the opposite happens and the visitor enters a small valley planted with tree ferns. A network of sprayers creates an artificial fog, that adds to the surreal aspect of this part of the garden.

Looking at the garden through the eyes of a gardener, I was amazed by the impeccable level of maintenance, even though I did not notice a single working gardener during my visit. I also take home this inspiration to reproduce in my own garden. The area below large trees and gravel paths are bordered with Ophiopogon japonicus. It is both extremely aesthetic as well as low-maintenance, as these plants do not require mowing and form a dense pleasant evergreen mat.